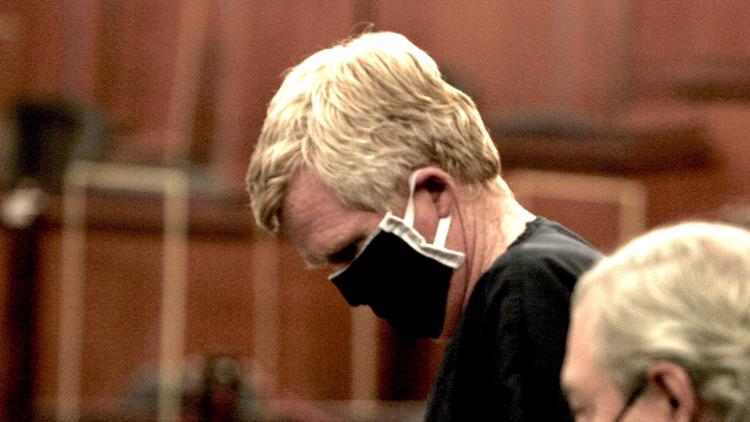 COLUMBIA, S.C. — A disgraced South Carolina attorney who only days earlier had been disbarred due to a number of financial crime charges against him has now been charged with the 2021 death of his wife and one son.

Alex Murdaugh was indicted on Thursday by a Colleton County grand jury following months of investigation by the South Carolina Law Enforcement Division (SLED). Alex reported on June 7, 2021, that he had found 52-year-old Margaret “Maggie” Murdaugh and her son, 22-year-old Paul Murdaugh shot multiple times on their hunting lodge property near the border of Hampton and Colleton counties.

“Over the last 13 months, SLED agents and our partners have worked day in and day out to build a case against the person responsible for the murders of Maggie and Paul and to exclude those who were not,” said SLED Chief Mark Keel said in a statement released on Thursday. “At no point did agents lose focus on this investigation. From the beginning I have been clear, the priority was to ensure justice was served. Today is one more step in a long process for justice for Maggie and Paul.”

Indictments against Murdaugh allege he used a rifle to kill his wife and a shotgun to kill his son which led not only to the murder indictments but also two counts of possession of a weapon during the commission of a violent crime.


The indictments also claim Murdaugh acted “with malice aforethought” in the killings of his wife and son.

“Alex wants his family, friends and everyone to know that he did not have anything to do with the murders of Maggie and Paul. He loved them more than anything in the world.

It was very clear from day one that law enforcement and the Attorney General prematurely concluded that Alex was responsible for the murder of his wife and son. But we know that Alex did not have any motive whatsoever to murder them. We are immediately filing a motion for a speedy trial, we are requesting that the Attorney General turn over all evidence within 30 days as required by law and we demand to have a trial within 60 days of receiving that evidence.”

A few months after the deaths of his wife and son, in September, Murdaugh was reportedly shot while his car was stopped on a rural Hampton County road. However, SLED later said that Murdaugh admitted to planning the shooting along with the alleged gunman, Curtis Smith, so that his surviving son would get his estimated $10 million life insurance benefits.

SLED previously confirmed that the investigation into their death also led to new questions in the 2015 death of 19-year-old Stephen Smith in Hampton County whose body was found on a rural Hampton County road in 2015 – at the time classified as a hit-and-run. The agency hasn’t released any new details in this case or how the Murdaugh deaths led them to reexamine the case.

However, it’s not the only other death being investigated in connection with the Murdaughs. In 2021, SLED reopened the investigation regarding his housekeeper, Gloria Satterfield, who died from a suspected fall at the Murdaugh Estate. Satterfield had been the family’s housekeeper and nanny for over 20 years.

In the same month that SLED began looking further into her death, Satterfield’s sons filed paperwork in Hampton County seeking Murdaugh’s arrest over settlement money they said he owed them over the incident. Almost a year later, in June 2022, SLED announced it would be exhuming Satterfield’s body as part of its ongoing investigation.

Murdaugh has been held in the Alvin S. Glenn Detention Center near Columbia on financial crimes totaling millions of dollars and spanning multiple alleged victims in different counties.