NHTSA’s NCAP evaluates frontal, side barrier and side pole crash performance as well as rollover resistance. The agency also evaluates compliance with standard No. 305.

Jennifer Morrison, manager of vehicle safety, compliance, planning and development at Mazda North American Operations, likened the compliance test for standard No. 305 to a rotisserie chicken.

“They put the vehicle for NCAP on kind of like a large rotisserie spit, and they rotate it at 90-degree intervals for five minutes each to see if anything falls out of it,” she explained.

The purpose, she added, is to ensure there is no electrolyte spillage, that the batteries are retained within the vehicle and that there is no short between the battery and the chassis.

“So far, the crash tests that have been done of the all-electric vehicles are showing that they’re doing really well with the current set of tests. … Not having that heavy, mechanical engine up in front of our driver and passengers, there’s some benefits to that,” Morrison said. “You have an opportunity to rethink crash safety.”

NHTSA as soon as November is expected to issue a proposed rule-making that would add safety requirements for propulsion batteries in EVs and extend the applicability of standard No. 305 to heavy vehicles. The proposal also includes requirements to mitigate battery fires during normal vehicle operations — including exposure to water — while charging and after a crash.

For insurer-funded IIHS, there are some differences in how EVs are prepped and monitored during testing, but the ratings rely on the same fundamentals: structural intrusion, dummy injury measures and restraint performance.

The institute also closely monitors battery temperature during and after the crash. If the battery was compromised, it would be treated in a manner similar to a fuel leak in a gasoline-powered car: an automatic downgrade to a “poor” rating.

“The good news is, so far we’ve never observed any issues in our crash tests with thermal runaway or any shorts of any kind — anything that we would downgrade the vehicle for,” said Raul Arbelaez, vice president of IIHS’ Vehicle Research Center. “This isn’t surprising because by the time the vehicle gets to us, auto manufacturers have done a lot of work to make sure that vehicles perform well in our crash tests.” 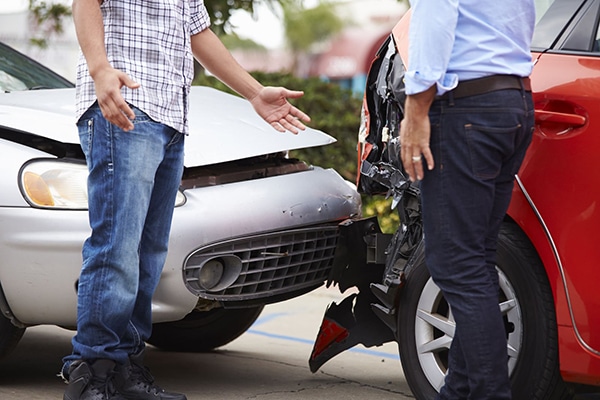 What Are The Different Types OF Car Insurance In South Carolina?