Lightning strike caught on video as family drives on I-75 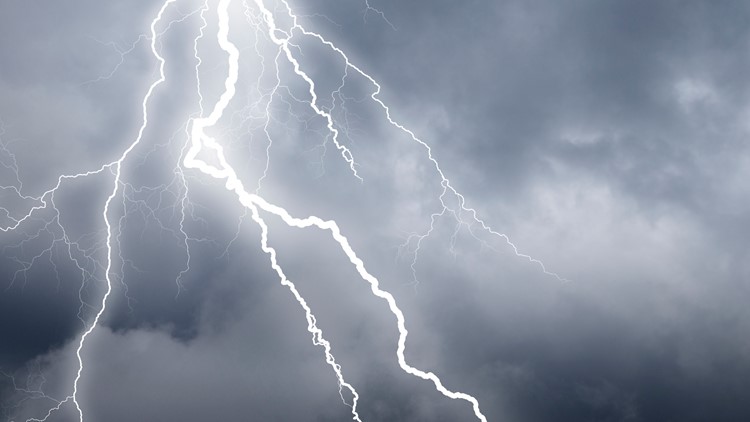 Edward Whalen said it was a quick and terrifying moment.

TAMPA, Fla. — Edward Whalen was driving down Interstate 75 on Friday when his truck was struck by lightning.

“It happened so fast,” Whalen said.

“It was almost like a sizzling sound and then a loud pop,” Whalen said.

His family was visiting the area from Indiana for a few days: “We have six kids now so we wanted to take all of them down there so they could experience Tampa.”

Thankfully, no one was injured during the incident. Whalen said he was able to pull his truck over on the side of the road.

“I told my mom I was really surprised how calm I stayed throughout the whole situation,” he said.

A woman in Florida captured the moment lighting struck the vehicle her husband and kids were in. The truck was “completely fried,” but no one was hurt. pic.twitter.com/oePPFlcaJY

Whalen’s wife, Michaelle, captured a video of the moment unintentionally. She said she was trying to take a video of lightning in the distance.

“For the most part everyone in my van was pretty calm except for myself,” she explained. Michaelle said she finally calmed down once she realized everyone inside the truck was alright.

“All I could think about was oh my god my kids and my husband are they okay,” she added.

The family said the car is left undrivable. They are working with their insurance company to get things sorted out. They have since returned to their home in Indiana.