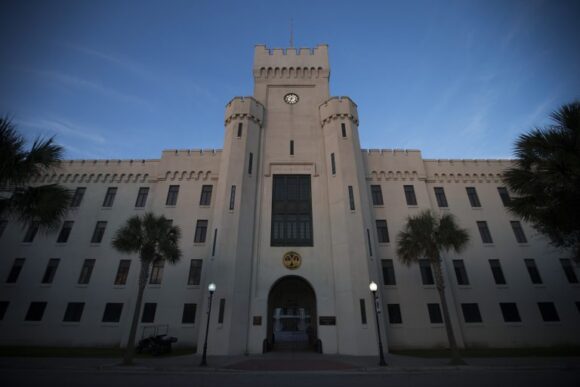 The South Carolina Insurance Reserve Fund, which insures state and local governments, has stepped in to settle a lawsuit brought by a man who claimed he was sexually abused by an instructor at the Citadel, a military college.

The plaintiff was not named, but he had accused former Citadel instructor Kenneth Boes of plying him with alcohol and drugs and abusing him 40 to 50 times in 2017 and 2018. Criminal charges against Boes were dropped for reasons that prosecutors have not explained in court, according to news reports.

Boes has denied the allegations. He resigned in 2018 after his arrest.

The lawsuit argued that the Charleston-based Citadel, one of the oldest military prep schools in the country, facilitated Boes’ actions.

The insurance fund is a division of the state’s Fiscal Accountability Authority. Its website notes that the fund acts as a “governmental insurance operation with the mission to provide insurance specifically designed to meet the needs of governmental entities at the lowest possible cost.” The Citadel is a public institution.

The payout was made two years after a federal lawsuit was dismissed, according to news reports.

The Citadel launched its own investigation of the college’s response to the allegations and produced a 180-page report in 2019.

Photo: Building at the Citadel, via Citadel.edu

Was this article valuable?

Here are more articles you may enjoy.