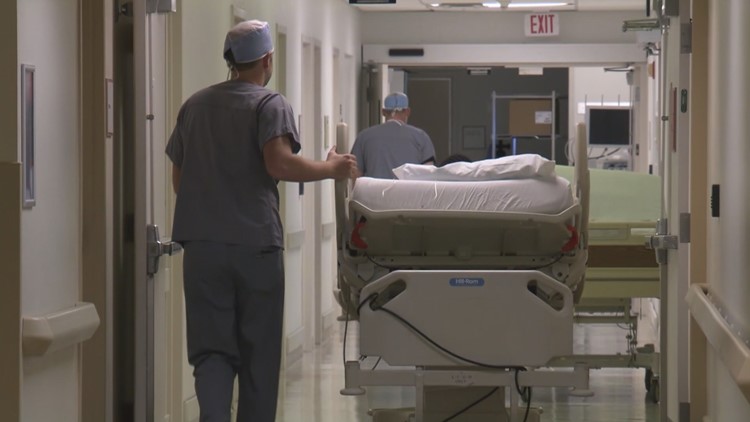 South Carolina is one of 12 states that have not expanded Medicaid coverage to cover people who live below the federal poverty line.

COLUMBIA, S.C. — Earlier this week, president Biden signed the Inflation Reduction Act into law. It includes provisions for climate issues, taxes and even some health care. But a gap remains in coverage and that is impacting thousands of South Carolinians.

For years, Michaela Goldstein qualified for Medicaid and Disability in California due to some pre-existing medical issues.

“I‘ve been hospitalized somewhere between 20-30 times in the last fifteen years,” said Goldstein.

When she moved to South Carolina to pursue a graduate degree, her coverage options changed.

“I qualified for other insurance, but not insurance I could afford and even insurance that was the Lowest cost had a $9,500 premium,” said Goldstein.

Nine months and thousands of dollars in unpaid medical bills later, Goldstein is still uninsured. Without insurance, her only access to healthcare are free clinics and emergency rooms.

“The idea that I may have to go into a hospital and can’t can’t afford it and don’t have any other options… It’s just terrifying,” said Goldstein.

Goldstein’s story is one of many. According to the South Carolina Legal Justice Center, nearly 180,000 South Carolinians Fall under the so called ‘Health Insurance Coverage Gap.’

RELATED: No, Social Security recipients will not receive a bonus payment in September

“There’s a whole population of individuals who are too poor to go into the Affordable Care Act, yet are not eligible for Medicaid,” said director Sue Berkowitz.

According to Berkowitz, more than one million South Carolinians are on Medicaid each year.

To qualify for Medicaid, a person must be either pregnant, totally and permanently disabled, under the age of 19, or a caretaker relative living with a child under age 18 and have a low income.

“We know that when people are healthy, they can succeed. When somebody is healthy enough to go to work, they’re able to get ahead,” said Berkowitz.

Berkowitz says South Carolina is one of 12 states that have not expanded Medicaid coverage to cover people who live below the federal poverty line.

In a statement to News 19, Governor Henry McMaster’s office said:

“Instead of irresponsibly spending hundreds of millions of dollars on Medicaid expansion, South Carolina has taken a better approach – investing directly in our people’s education and workforce training so that welfare isn’t necessary in the first place. Governor McMaster will continue working to provide South Carolinians with the tools they need to succeed, but that doesn’t require expanding welfare.”

Goldstein hopes in the future, the gap will be closed.

“It’s a broken system. It’s a system that doesn’t insure the people who probably need the health care system the most,” said Goldstein.